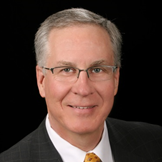 Secure American Insurance Inc. was started by Joseph Duncan in 2010. In 1989, Joe began his insurance career with Prudential Insurance Company. Due to his early success Joe was asked to manage a staff of agents in Longmont, Colorado resulting in an increased production of 80% in his first two years. In 1994, Joe switched companies from Prudential Insurance Company to Mass Mutual Insurance. At Mass Mutual he was given the opportunity to increase his personal production as well as build on his knowledge of life and financial services.

In 1997, Joe was offered an opportunity to become a District Manager for Farmers Insurance. During his 10 year tenure at Farmers, Joe appointed 59 agents, with an 81% success rate in agents being able to build a successful Farmers Agency. In 2007, Joe was given an opportunity to become a Managing General Agent for American National Insurance where he appointed 17 agents within a short three year span.

As the insurance business changed, Joe envisioned a substantial shift from captive agencies to the independent agency model. In late 2010, Joe formed Secure American Insurance to not only allow him to grow an agency but give experienced agents, as well as new agents to the industry, the opportunity to grow their businesses in an Independent Agency Channel. In less than 10 years Secure American has experienced significant growth with over 26 agents, writing in 27 states, and more than 40 carrier contracts available to write with. Our model has a proven record of success.